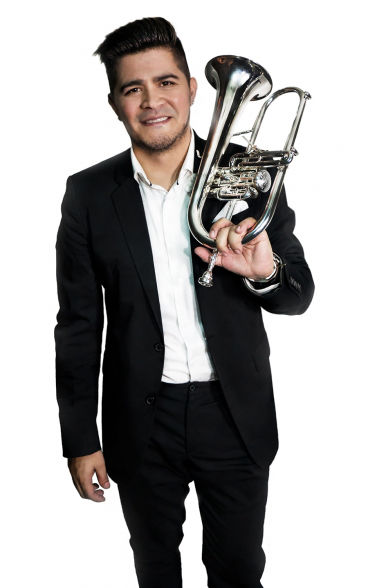 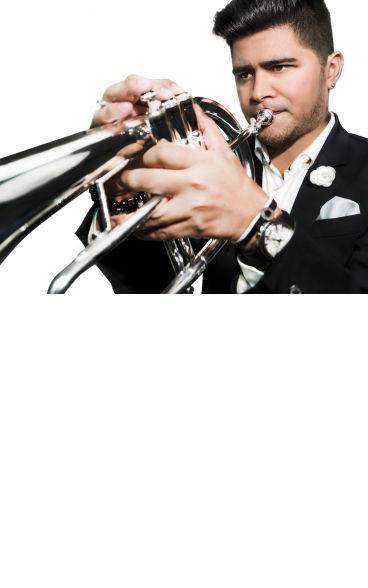 Trumpet player of the Bolívar Phil and the Miami Brass Quintet

Versatile and versed in both classical and popular terms, Anthony Perez is one of the leading trumpet players of his generation. Trained from a very early age by Maestro Jose Antonio Abreu’s El Sistema, he is a member of the Simón Bolívar Symphony Orchestra of Venezuela, conducted by Maestro Gustavo Dudamel. Anthony also plays in the Venezuelan Brass Quintet and in Aquiles Baez, Rafael “Pollo” Brito and the Movida Acústica Urbana (Acoustic Urban Movement), popular music bands.

Anthony has played in some of the most important stages in more than 30 countries, including the BBC Proms in London, Carnegie Hall in New York, Berliner Konzerthaus, Teatro Alla Scalla di Milano, Salzburg Festival, among others. He participated in the recording of various CDs and DVDs with the Simón Bolívar Symphony Orchestra of Venezuela for Deutsche Grammophone, including Mambo, Dudamel Mahler 8, Rite, and the 2008 Latin Grammy nominated, Fiesta.

He is the founder of the Venezuelan Brass Quintet, and founder and conductor of the Titan Brass and Percussion Ensemble. With these two ensembles, Anthony has played concerts at national and international levels, including a double quintet concert in the USA and Canada with the world-renowned quintet The Canadian Brass.

With the Venezuelan Brass Ensemble, conducted by Maestro Thomas Clamor, Anthony has participated in various tours and also played as a soloist in the South Bank Centre’s Royal Festival in London, and alongside famous trumpeter, Tine Thine Helseth in Stavanger, Norway. With this ensemble he recorded a CD for EMI Classic, and a live DVD in Germany for Euroarts.