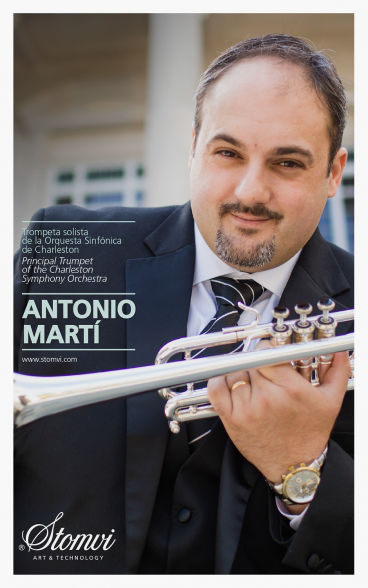 Antonio Marti was appointed Principal trumpet with the Charleston Symphony in May 2014. Born in Valencia, Spain. He studied at the Tenerife Superior Conservatory with Francisco Ramos & Agustin Ramos (professor of the Tenerife Conservatory), after graduating with Honor in 1998, he studied at the Mannes Colleague of Music in New York City with Vincent Penzarella (assistant principal trumpet, New York Philharmonic). He graduated with honor in 2003. After Mr. Marti graduated he was contract with the Tenerife Symphony orchestra, but soon after he won the Principal trumpet position with The Tokyo Symphony Orchestra (Japan) for six years.

In 2009, Mr.Marti has released a solo CD, Paths, a recording of solo trumpet music from Spain, America, France and Japan