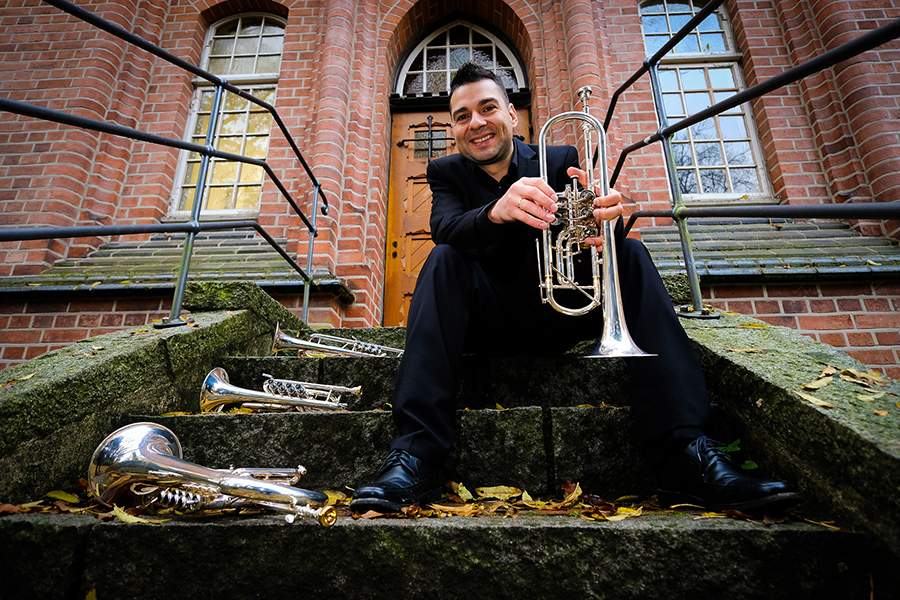 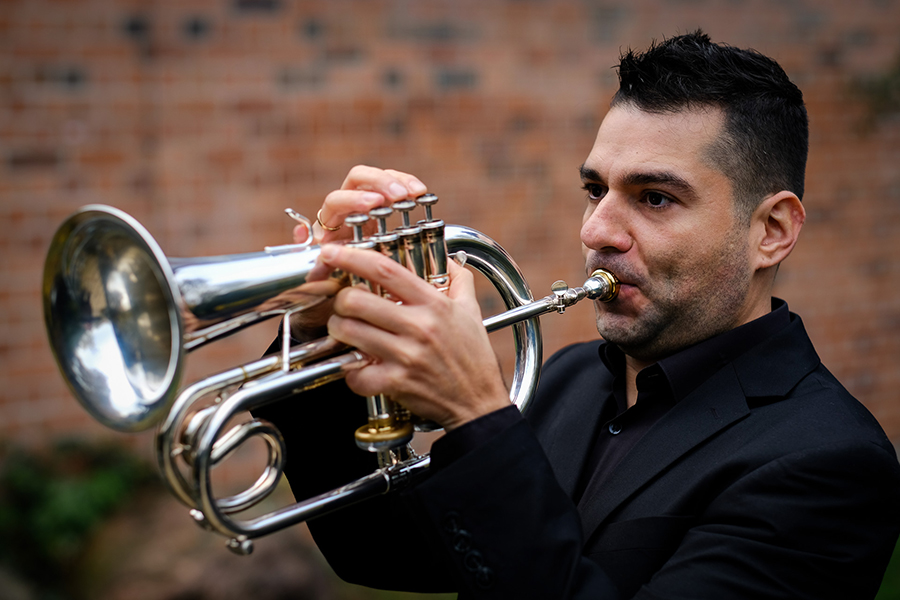 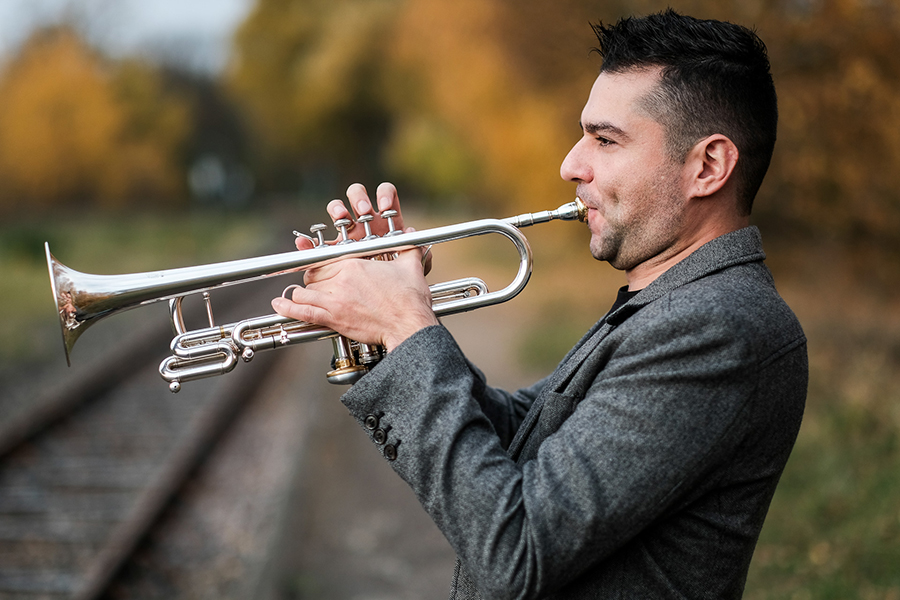 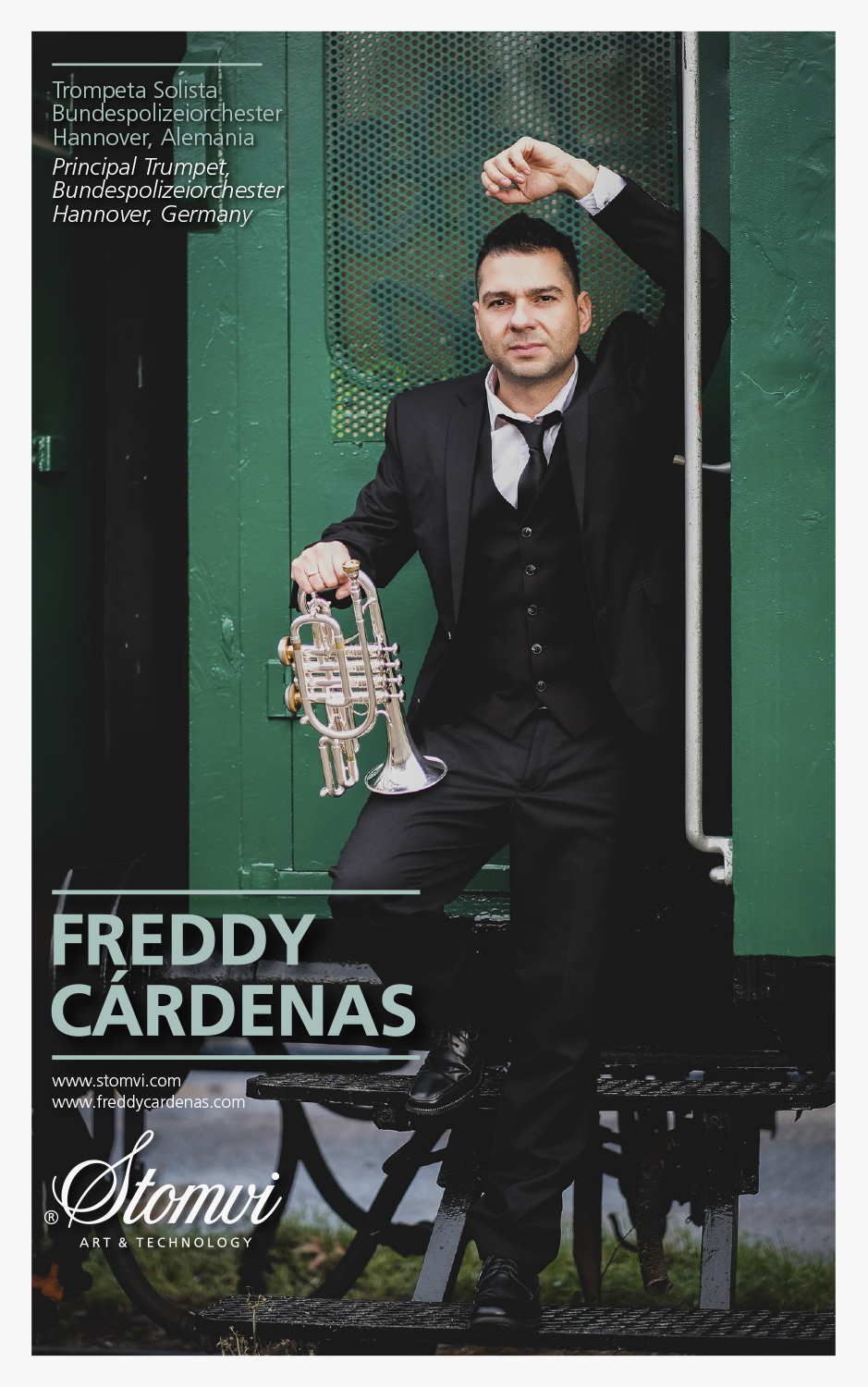 Freddy is a Venezuelan trumpet player who was trained in the extraordinary National System of Youth and Children’s Orchestra (El Sistema) in Venezuela. He was a member of the Simon Bolivar Symphony Orchestra under the direction of Maestro Gustavo Dudamel, also he was founder of the Venezuelan Brass Ensemble conducted by Maestro Thomas Clamor.

In 2014 he became the first Venezuelan trumpet player taking part in the prestigious World of Musical Shows in Hamburg, Germany (a recognized city like New York City and London because of its cultural movement) when he won the audition as principal trumpet at the ‘an der Elbe” Theater. He played at the world‘s premier of the musical show “The Miracle of Bern” and since Winter 2018 at the Broadway Musical Show “Mary Poppins”.

Through his musical career he has been invited to play in various institutions around the world: The Municipal Symphony Orchestra of Caracas (Venezuela), the Municipal Symphonic Band of Silleda (Spain), the Youth Symphony of Morelia (Mexico), the Klassik Philarmonie Hamburg (Germany), the Hildesheim Symphony (Germany), and the Lüneburg Symphony (Germany). He also played in the “Evita”, the “Kiss me Kate”, the “Anatevka (Fiddler on the roof)”, and the “Sugar” musicals shows in Germany.

Since 2016 Freddy is the trumpet soloist of Symphonic Band of The Federal Police of Hannover, one of the three highest level institute in Germany, being the first Latin American trumpeter to occupy such a position in Germany, playing as a soloist in important German theaters such as Stadhalle Mülheim, Kongresshalle Lübeck, Nienburg Theater, the Sataatstheater Kassel, the Postdam Metropolis Halle, highlighting the historic Hamburg’s Laeiszhalle Theater.

In Fall 2018 he premiered the piece for Solo Trumpet and Symphonic Band called “EXODUS V” wrote specially for Freddy by the great composer Efrain Oscher, played with the Symphonic Band of The Federal Police of Hannover. This piece stands out for its virtuosity and rhythms, which demands the use of three different instruments: Cornet, Flugelhorn, and Trumpet.

In November 2018 he performed as a soloist at the Metropolis Halle in Potsdam, a concert that brought together for the first time in German history the three Symphonic Bands of the German Federal Police with 150 musicians on stage and more than 2.100 spectators.

Currently, his concerts in this institution covers a range of musical styles ranging from Classical music to Swing.