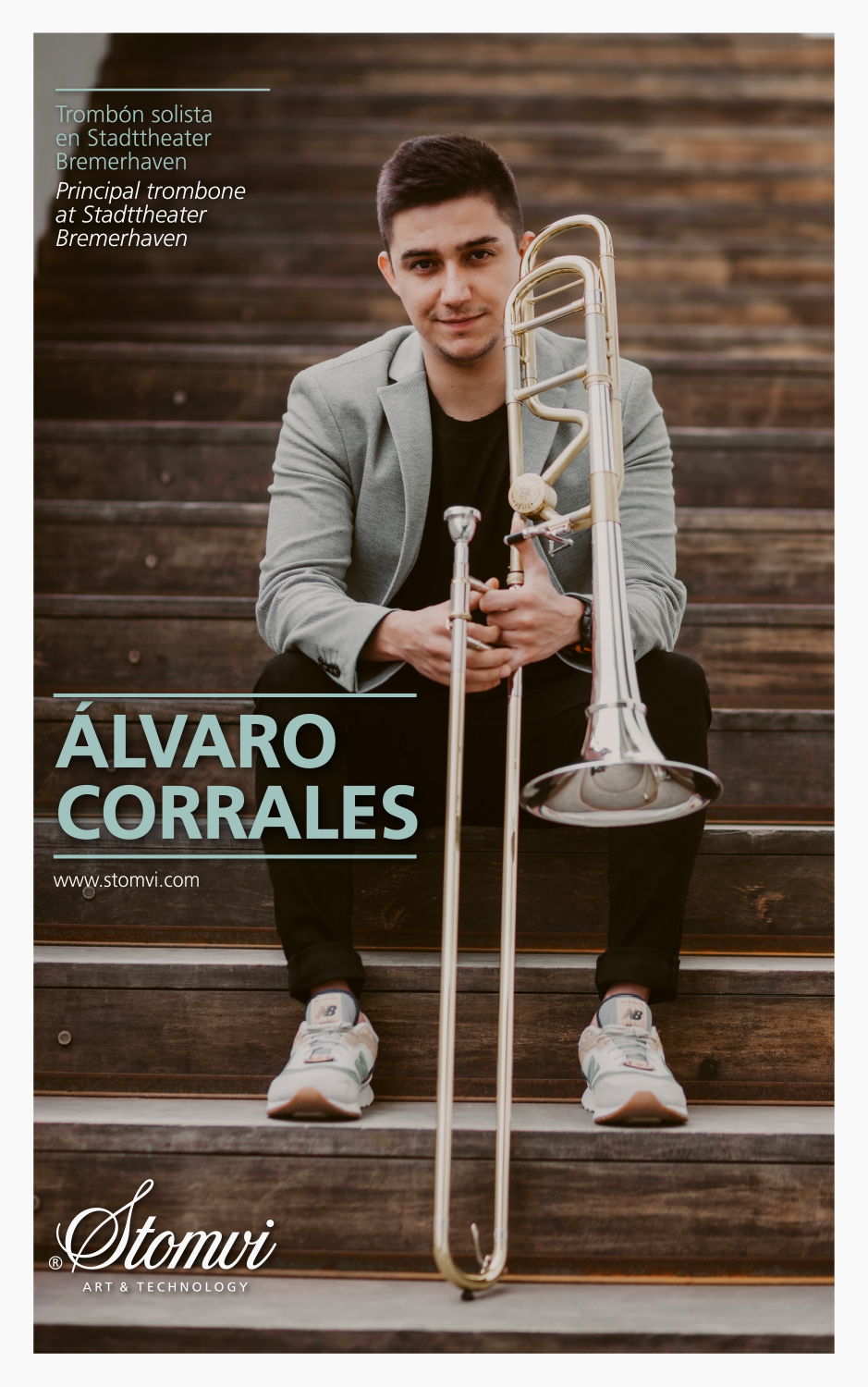 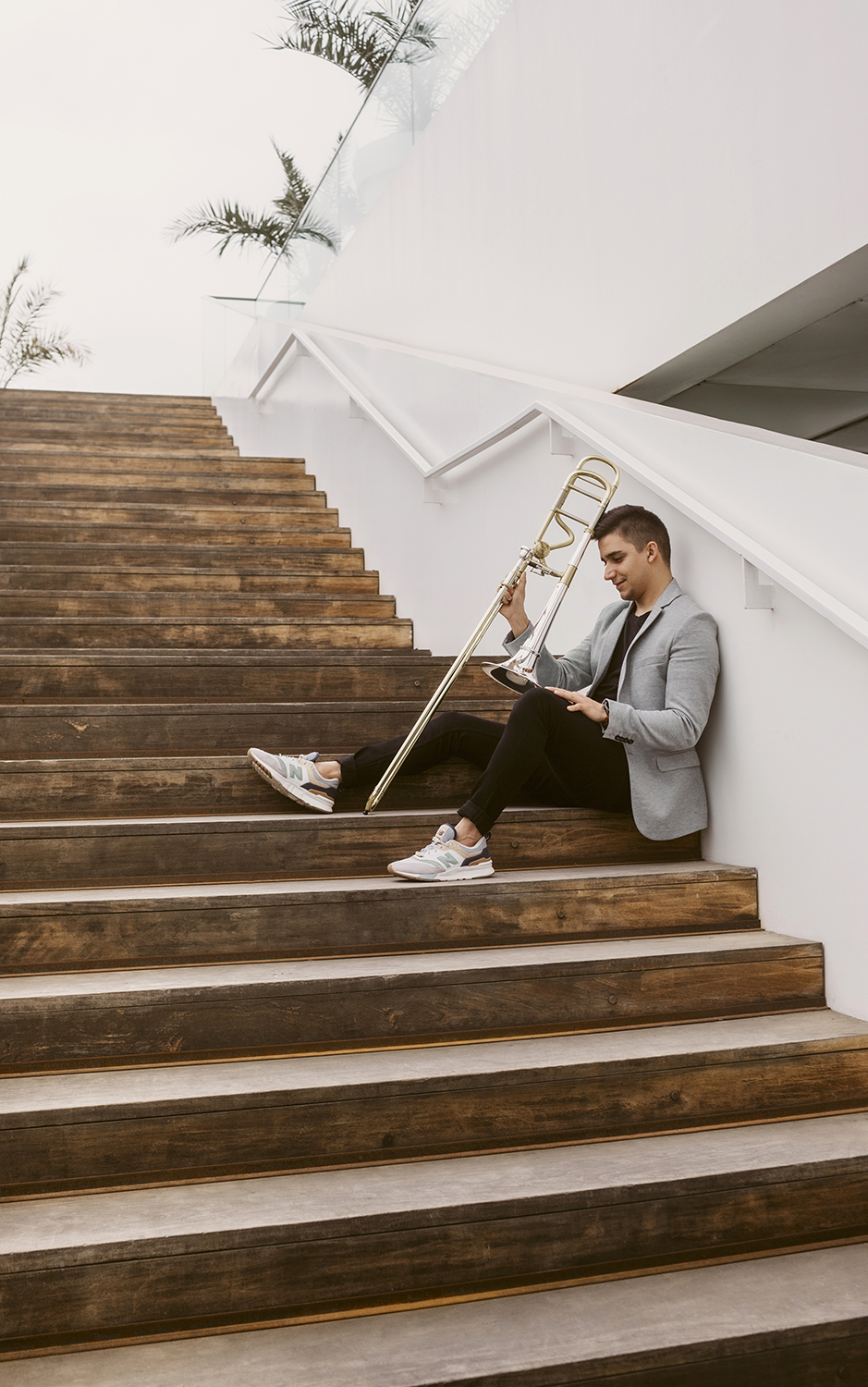 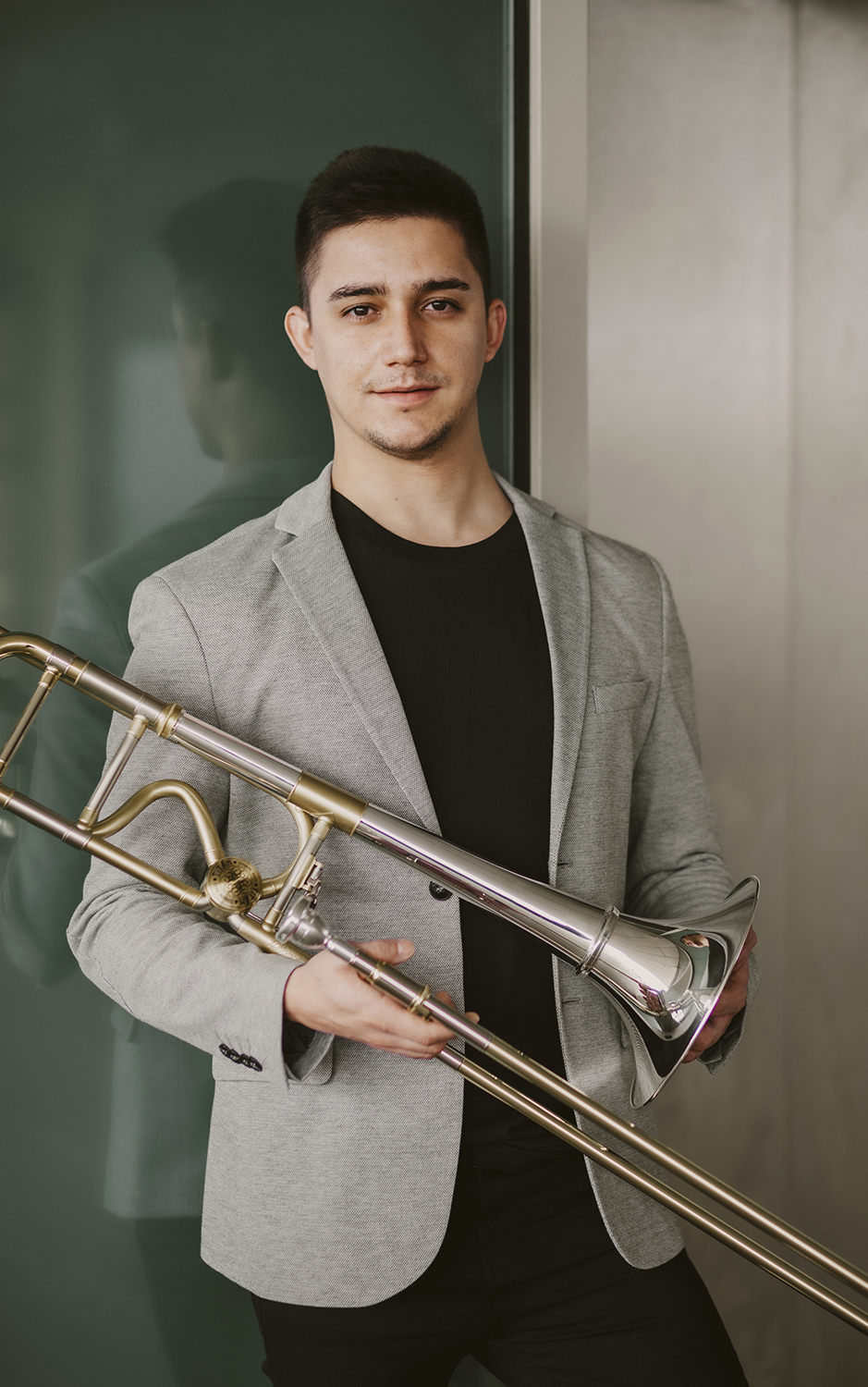 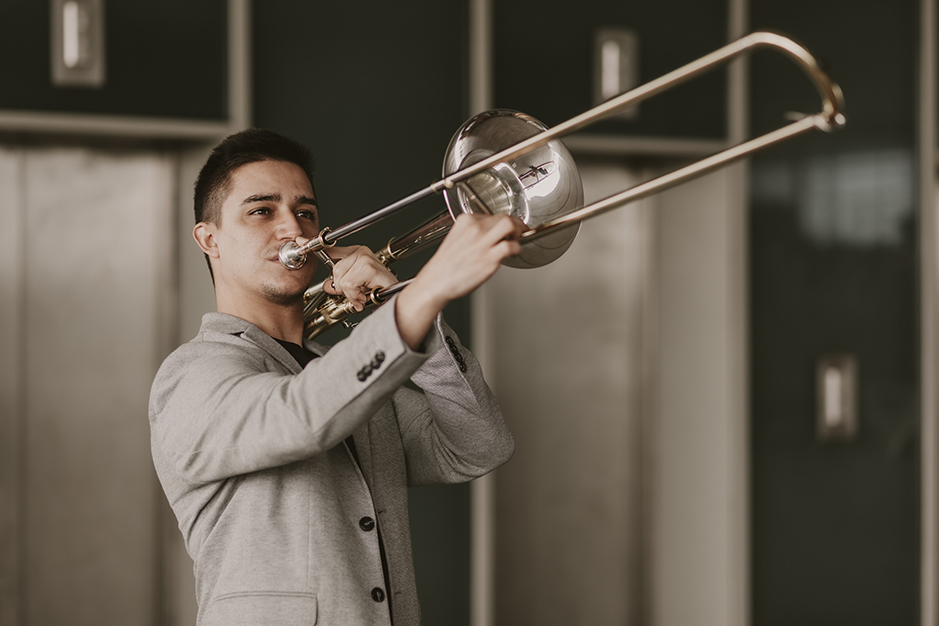 Principal tormbone at the Stadttheater Bremerhaven

He was born in Toledo and grew up in Villanueva de Alcardete, a small town in the centre of Castilla-La Mancha. He began his studies at the Elementary and Intermediate Conservatory of Music in Alcázar de San Juan - Campo de Criptana with trombone teacher Enrique Alberca, with whom he learned to play the first notes and continued learning from him until completing elementary and intermediate studies. He complemented his academic training by taking several advanced courses with Gilles Millìere, Indalecio Bonet, Fabrice Millischer and Carlos Gil, among other great trombonists.

He took the first courses of High Artistic Education at the "Andrés de Vandelvira of Jaén" Conservatory of Music, alongside the trombone teacher José Vicente Soler, also taking classes of orchestral repertoire and chamber music from teacher Javier Yera.

In 2015 he moved to northern Germany where he completed his high studies of music and did a master's degree in performance at the Hochschule für Musik und Theater in Hamburg with Professor Stefan Geiger, having the opportunity to work with many renowned teachers in the European orchestral field and also to carry out several tours with orchestra through Asia and Europe. He was awarded a scholarship by the “Oscar und Vera Ritter-Stiftung”, a foundation dedicated for more than fifty years to supporting talented musicians in their professional development.

Since January 2019 he has been working as a Principal trombone at the Stadttheater Bremerhaven, also collaborating with different orchestras and chamber groups in Northern Germany and giving classes and advanced courses both in Germany and in Spain.