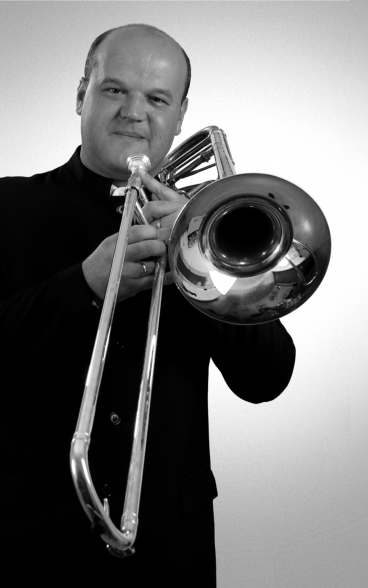 Daniel Portas was born in Meaño, Pontevedra, in 1976. He began his musical studies at age ten at the School of Music of the Band Musical Union. In 1995, he joined as Trombone Soloist the Municipal Band of Pontevedra. He finished his studies of Intermediate and Advanced Level with Honor Award. In 1997 he joined the Youth Orchestra of Galicia. In January 2003, he received the 3rd prize for Young Performers Contest organized by the Bands Federation of Vigo.