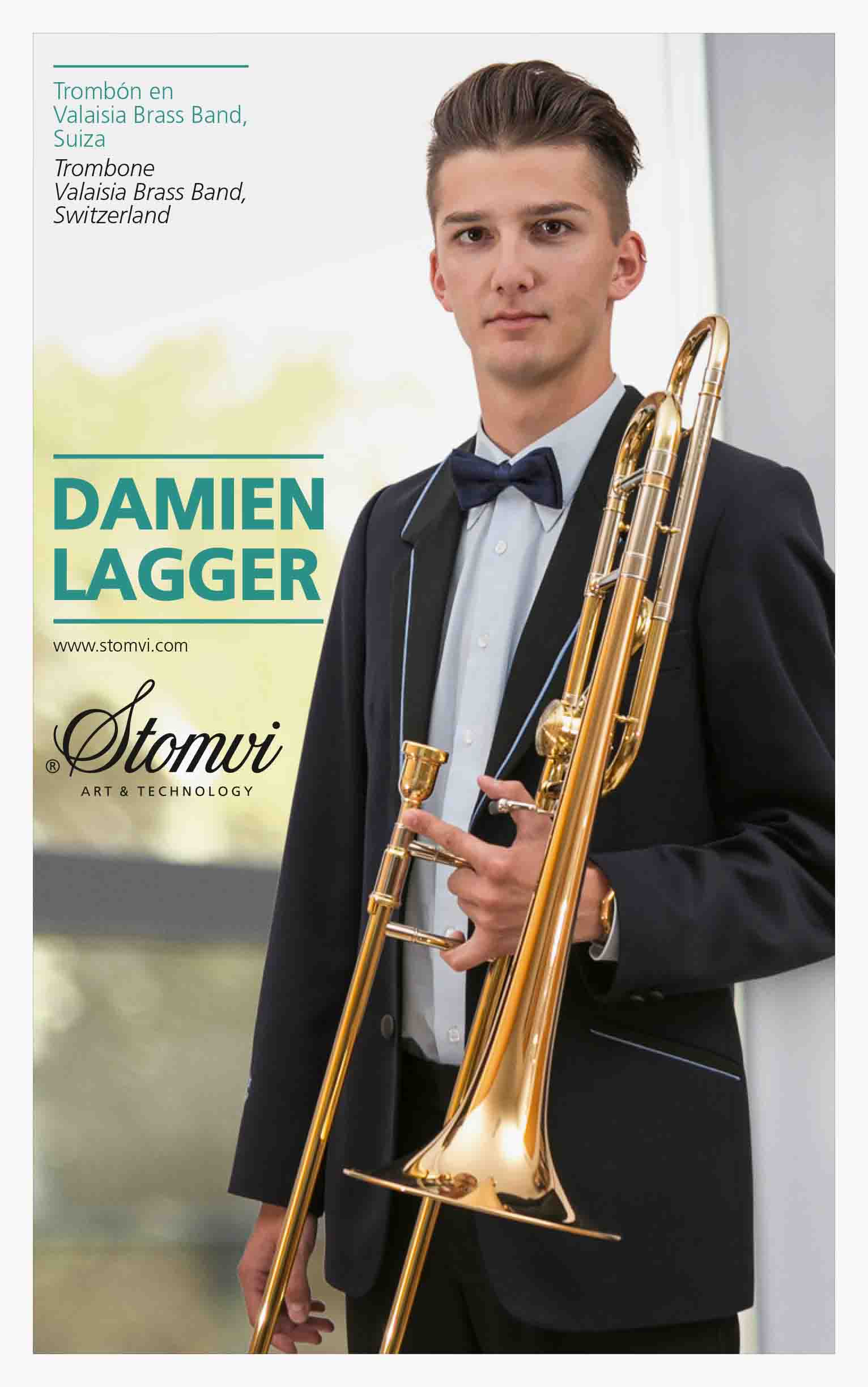 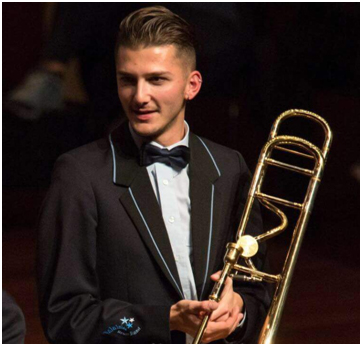 Damien Lagger started playing the corneet at the age of 10 at the music school of the Ancienne Cécilia de Chermignon. His current instrument is the trombone for many years.

After starting in the fanfare, he had the opportunity to join the Valaisia ​​Brass Band and participate with this group in several competitions, including four European Championships and a British Open Championship.

Passionate about composition from the age of 14, he published his first works at the age of 16. At the moment he receives diverse orders for soloists and Brass Band.

In 2015, after obtaining his certificate of music theory, he had the opportunity to take charge of the direction of the Ancienne Cécilia youth fanfare. He was able to experience, with great pleasure, the work of band conductor. He currently conducts the Avenir de Fully Fanfare.