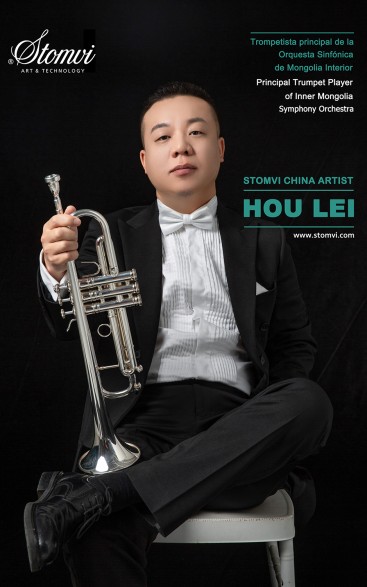 Hou Lei, principal trumpet player of Inner Mongolia Symphony Orchestra, is a member of Chinese Musicians Association and a member of Chinese Trumpet Professional Committee, as well as one of the judges of China International Trumpet Art Week. He got his MA degree from Belarus State University of Culture and Art in 2013, and was recruited into the Special talent introduction plan of Inner Mongolia Autonomous Region. Besides, he is also the senior examiner of Social Grading examination of Art Development Center of Chinese Ministry of Culture and Tourism.

During his stay in Belarus, he studied with professor A.L.KOPOTEEB, a Belarusian meritorious artist; under his recommendation, he acted as the principal trumpet player of Minsk Chamber Orchestra as well as assisted in the recital of Nakariakov in Minsk, Belarus. In May 2013, he became the only Chinese player who was awarded the first prize in trumpet solo in the Second Chamber Music Open Competition of The Republic of Belarus.