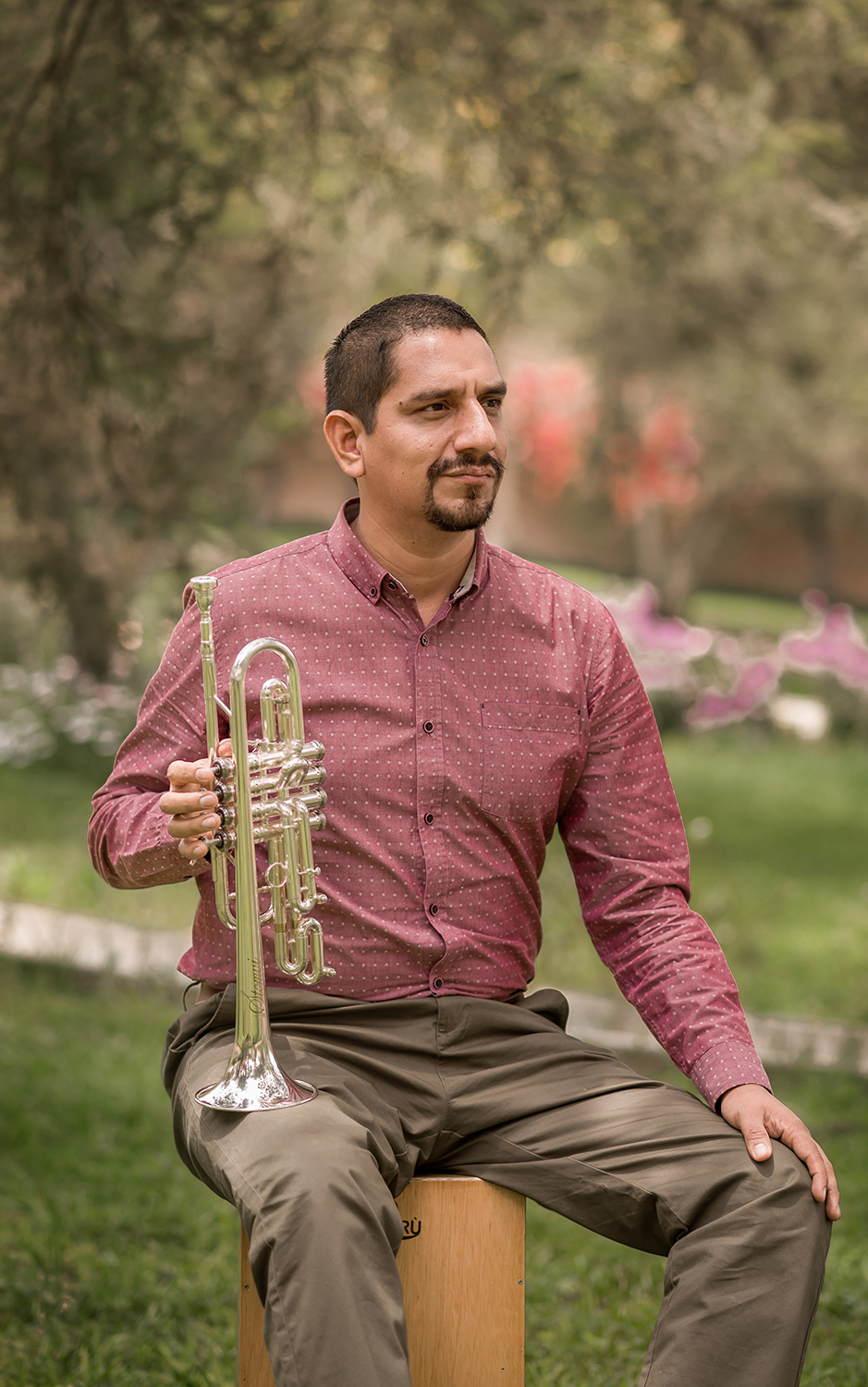 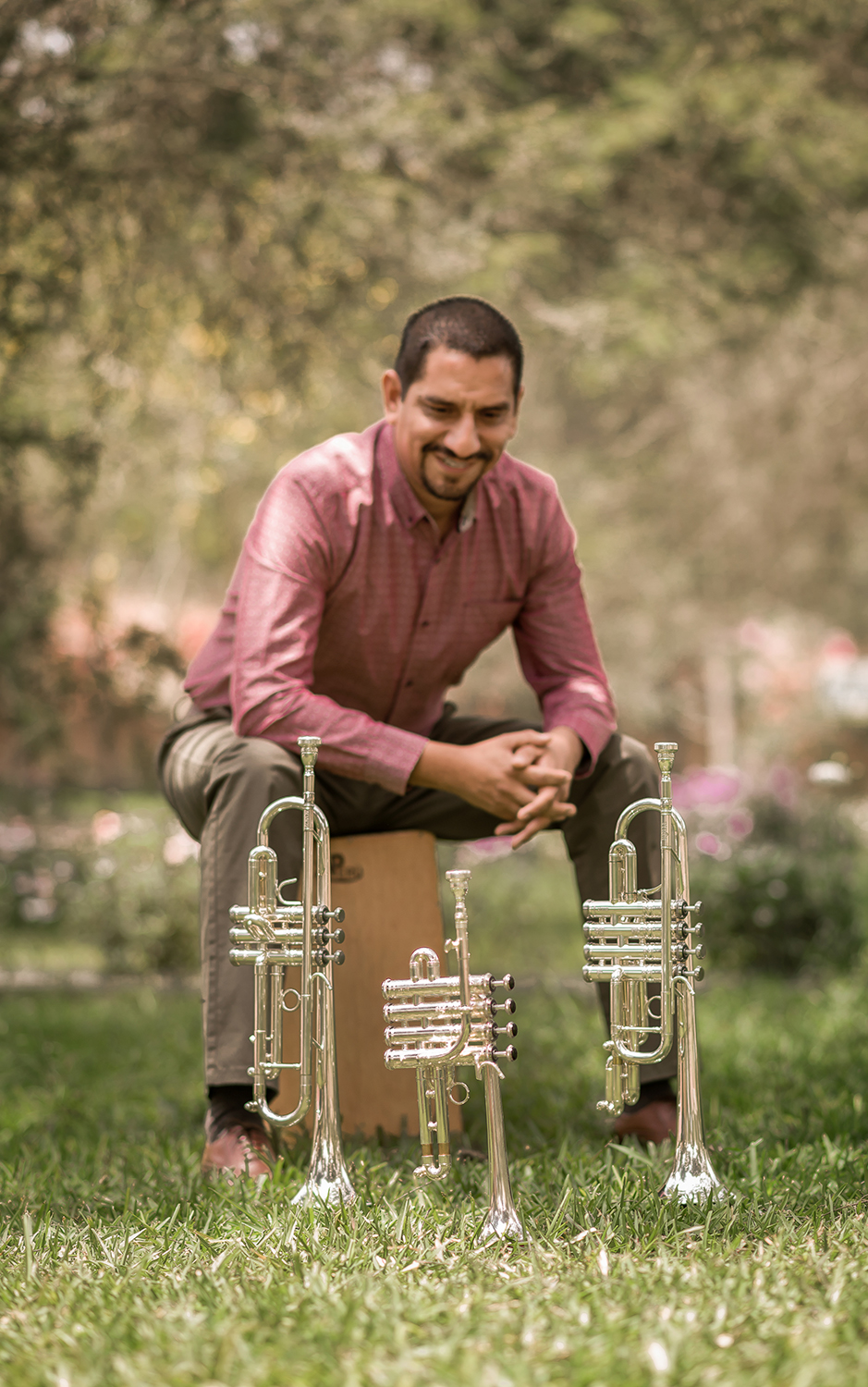 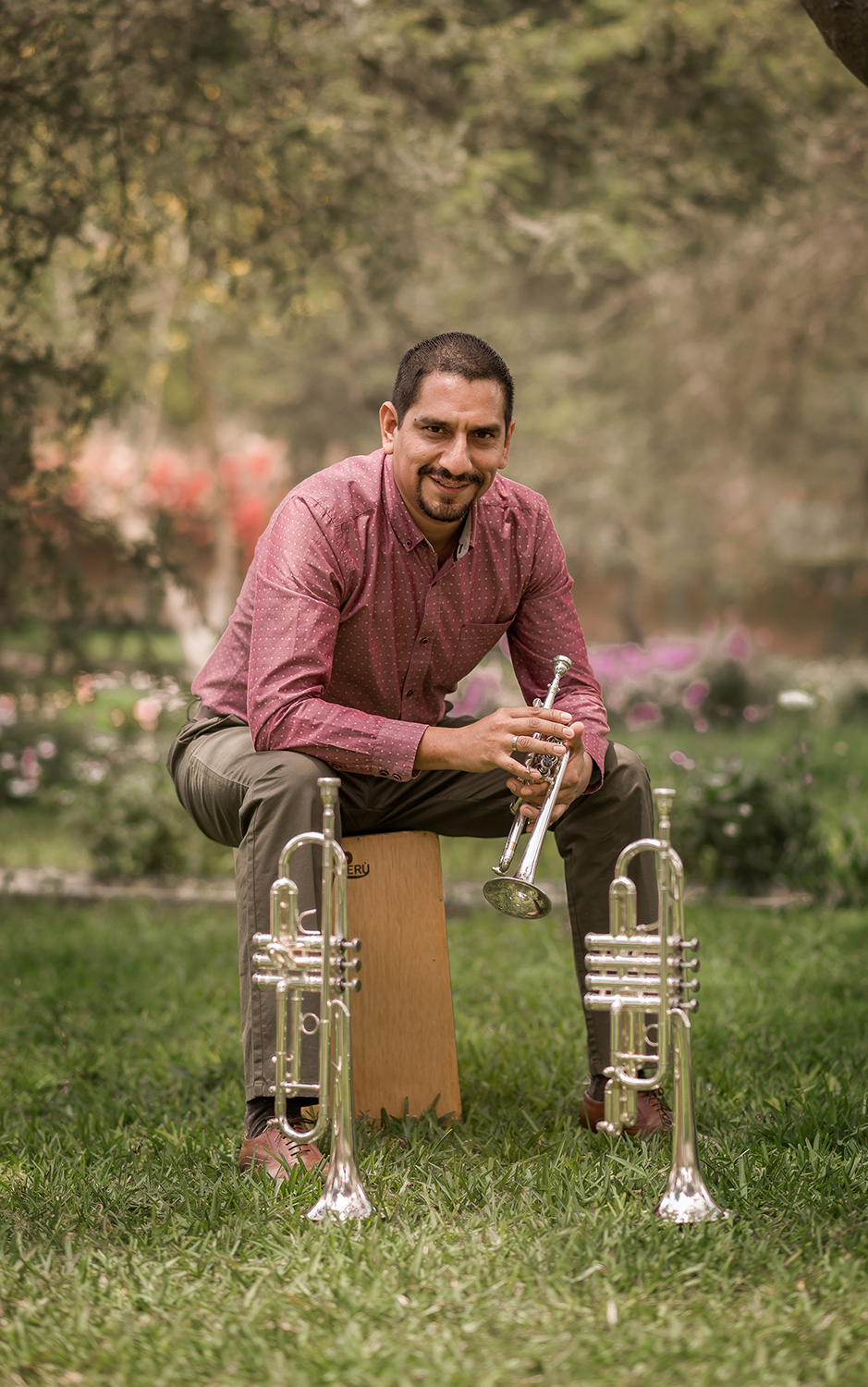 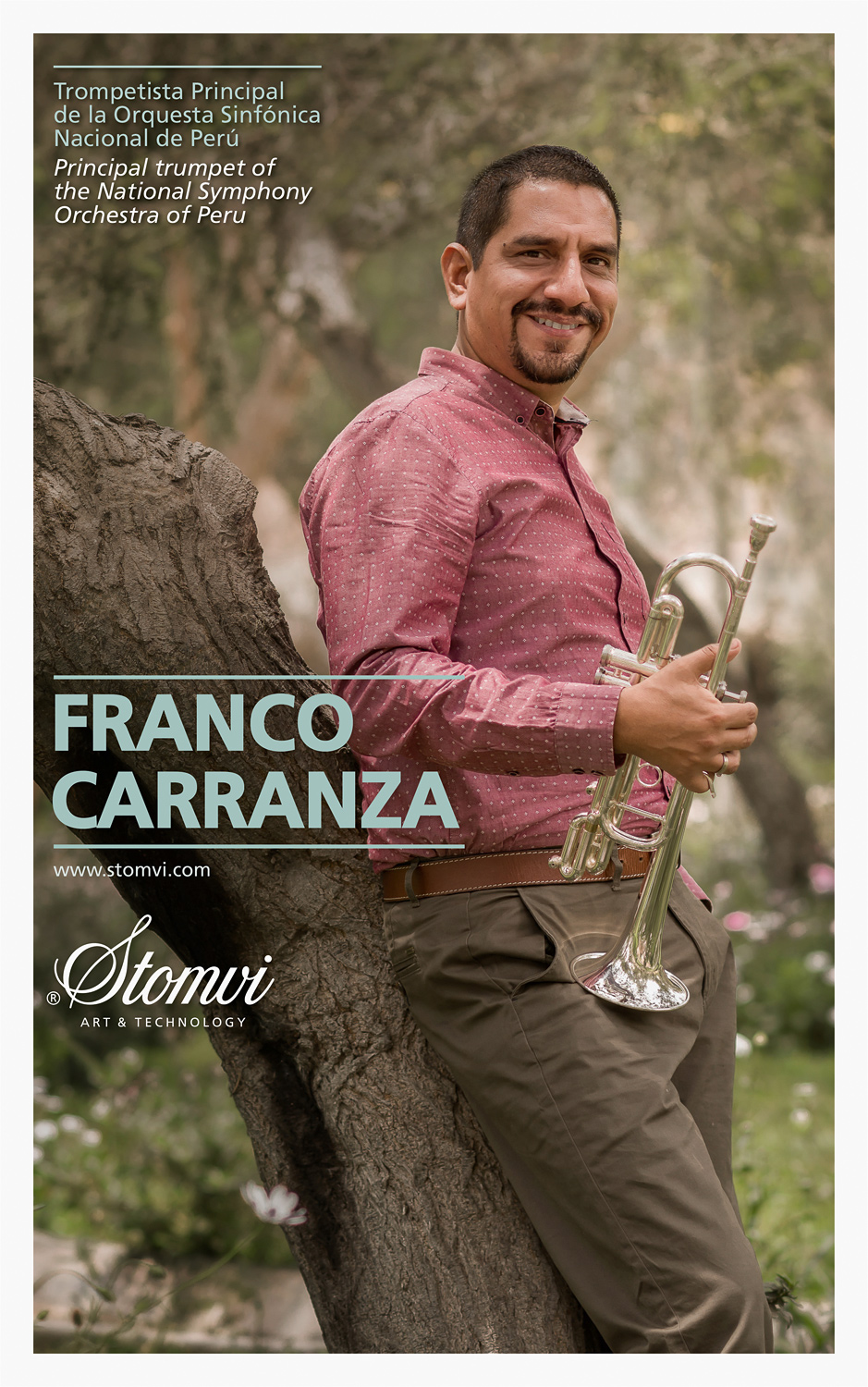 Principal trumpet of the National Symphony Orchestra of Peru

Principal trumpet of the National Symphony Orchestra of Peru and professor at the National University of Music of Peru.

As a trumpet player he has been able to accompany and play as a soloist alongside artists such as Paquito D´Rivera, Sting, Plácido Domingo, Andrea Bocceli, Joshua Bell, Canadian Brass, Juan Diego Flores in the main venues of Latin America.

He was a member of the Youth Orchestra of the Americas (YOA) between 2005 and 2012, being able to travel to more than twenty cities in America, thus getting to know the various manifestations and cultural diversities of the region. In 2006, he received a scholarship from the Music Academy of the West in Santa Barbara, California, where he received classes with the teachers of the prestigious Canadian Brass and the teacher Paul Merkelo.

He was awarded by the Hildegard Behrens Foundation as a young artist in 2012. That same year he received a scholarship from Chosen Vale Music Festival to participate in its Trumpet Seminar with teachers Hakan Hardenbergen, Tomas Stevens, Mark Gould, Steven Burns, Gabriele Cassone and Edward Carroll. In 2014, he obtained third place in the First Eric Aubier Latin American Trumpet Contest. In 2016, he released his first CD entitled Texturas, premiering 9 works by Peruvian composers. He has given master classes, courses and concerts as a soloist in the cities of Cusco, Ayacucho, Arequipa and Lima.