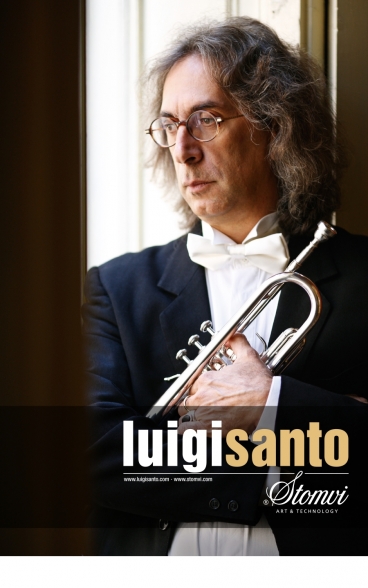 A qualified trumpet player (holder of a diploma) at the Academy of Music in the City of Cosenza, his musical studies continue in Paris with P.Thibaud; afterwards he gets specialized in the romantic repertory with the Russian Maestro Timofei Dokshitser. With brass quintet “Brass Collection” he plays an intensive activity of concerts. With the meeting of the American trumpet player David Short, a new collaboration begins, this will afterwards bring them to create the orchestra called “The Brass Choir Consort” with whom he has participated in many RAI television programs.

Author of pieces for brass quintets printed and published by Gerard Billaudot—Paris and by ITC Reift-Switzerland. He worked together with boards like: the Orchestra Academy of Santa Cecilia in Rome, the Regional Orchestra of Tuscany, the Symphonic Orchestra of Abruzzi and the Orchestra of the Theater “Massimo” of Catania, there he played with famous Interpreters and Directors. As soloist held concert in “Ramsey Concert Hall” -Georgia University of Athens - USA; in “Rimskij-Korsakov Hall” of S.Petersburg - Russia; in “Segovia Hall” in Linares - Spain, and in Finland, Germany, Belgium, Holland, Slovenia, Romania, Moldavia and Middle East. Held performances with knowned international musicians as Fred Mills, Scott Hartman, Mark Mc Connell, Mike Moore, Bobby Shew, Andrei Ikov, Chris Martin, Jim Thompson. Trumpet teacher at the Academy of Music in Matera, is Artistic Director of the International Brass Festival “Tubilustrium”. CDs: “Silenzio…..gli Ottoni!”, (by Marcophon); “Fred&Friends”; “Tubilustrium 2005”.

In 2006 played first Italian performance of Shostakovich Piano-Trumpet Concerto, in the famous version by the great Russian Trumpeter Timofei Dokshitser.